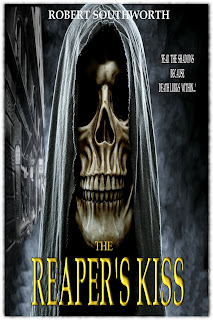 The Reaper's Kiss
Is the third and final instalment of The Ripper Legacies.

William Harkness is once again on the trail of the elusive Ripper, and the cult of Cronos. However, this time he has the most powerful man in the empire as an ally. His father Sir Simeon seeks his own revenge on the Ripper because the infamous killer tore his only friend from the world of men. William and Simeon begin their hunt for the Ripper, but evil rarely goes quietly into the night.

My interest in all things historic can be laid firmly at the door of my father. It was at an early age that I absorbed his delight in the past, and soon his passion became mine.
There are many examples of how he helped nurture my interests but one above all stands out from the rest. The day in question started out like any other but as breakfast finished my Dad handed me a crash helmet and led me outside. There standing rather shabbily against the wall of the house was the most ridiculous form of transport, the blue and white Honda 90cc. Even new it would have looked desperate and the years had not improved its appeal. 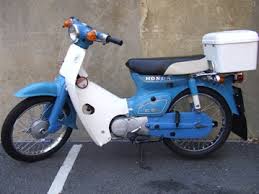 Interestingly though, the thought of going for a ride with my Dad filled my heart with joy the lack of refinement in our vehicle made not the slightest difference. As the machine roared into action and we set off at a riveting 30 mile an hour, I hung on for dear life.  My enjoyment, however, would only increase as I realised the destination my father had planned. I had heard my parents talking about the re-enactment that would take place at Bosworth but never dreamt that I would be lucky enough to actually attend. The journey did not take long and soon we had dismounted from our steed and were walking amongst the crowd. First came the birds of prey as they swooped just above the heads of the onlookers. Their grace and speed amazed this young boy who instantly decided the peregrine falcon was his favourite. Then came the archery display, where targets felt the power of the English bow. For a finale, the archers fired above the crowd and we gained some idea how the enemy must have felt as the dark shafts threatened to fall amongst their ranks. 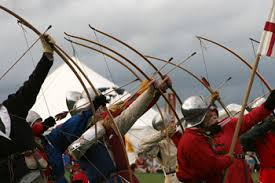 As the rain clouds gathered above twelve nights walked into the arena before us. The air was filled sound of battle as individual knights competed to be the last man standing. The dark knight entered the arena with the commenter declaring he was the most evil of all the men present. he brought with him his own devilishly invented weapons. One by one he dispatched his enemy and when the last man faced him he unravelled his latest invention. Ball and chain with a difference, the chain was no less than five feet long. He swung it about his head intend on his opponent's destruction and delighted in the gasps. As the now champion of the crowd looked certain to lose, the dark aimed a blow at the unfortunate knights head. Then quite unexpectedly the champion ducked the chain flying harmlessly over his head. gasps turned to cheers as the dark knight's evil invention wrapped itself around his own neck. He fell to the floor and the onlookers cheered his demise. As if the dark knight had called out one last curse the heavens opened and torrential rain followed. My father and I raced to our own mount and soon we roared away from crowds. we missed much of the re-enactment but the little boy who clung to his Dad would not be denied his happiness. The cold rain stung exposed flesh and by the time home was reached not one inch of cloth was left dry. I climbed down from the mount, legs stiff, and soaked to the skin but the smile did not falter and the memories still bring happiness to the same boy. 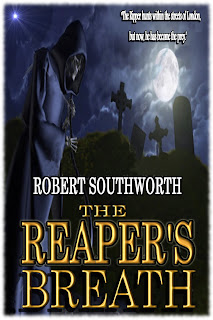 So this is novel number five. The Reaper's Breath which is the first installment of a three book series called the Ripper Legacies. Its my take on what happened after the final victim Mary Kelly was found murdered and attributed to that most infamous of killers Jack the Ripper. Firstly. i would like to point out this is not another author or documentary maker trying to have claimed to have solved the identity of the Ripper. Its a purely fictional tale, designed to be just that little bit different from the usual ' lets pick a person and bend the facts until they fit',  its designed to be a fast moving fictional tale that will hopefully get the reader's pulse racing. I shall leave the investigatory journalism to others wishing for fame and glory. William Harkness is our hero, but perhaps with a few more flaws than my usual leading men. I hope to have the sequel out before the end of the year.

The Review : Robert Southworth Reviews: The Pirate Captain by K...

ALL THREE KINDLE EBOOKS
FOR LESS THAN A FIVER

INCLUDING MY LATEST NOVEL
WRATH OF THE FURIES

MY PICKS FOR A GREAT READ

The Reaper's Kiss Is the third and final instalment of The Ripper Legacies. William Harkness is once again on the trail of t...